Myth #8: We should plant only native tree species

Although many ecologists still argue for going native, climate change is forcing us to think differently about how we can build a resilient, large-canopy tree stock. 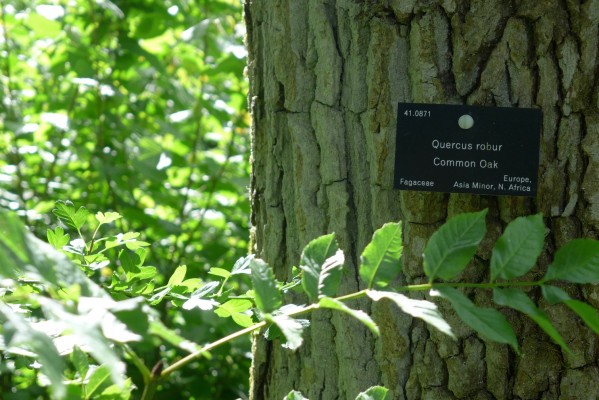 Whether to plant native or non-native species has long been argued between different disciplines, particularly in the context of urban trees and the requirement to increase our large-canopy tree cover in towns and cities.

The definition of a native species is one that was present at the end of the last glacial period (commonly termed the Ice Age, around 10,000 years ago) and before the formation of the English Channel. There are 32 tree species that are generally agreed to be on the list (see below), although there remains some disagreement over this among a few academics and botanists.

There are two key arguments for native planting:

1 We should avoid introducing aggressive alien species at all costs. Some non-native species, both plants and animals, are generally considered to be among the biggest threats to our native flora and fauna. However, the vast majority of non-native species have behaved perfectly well after being introduced and do not represent a threat.

At only 32, the list of truly native trees is pretty restrictive when you consider how many different tree species are found growing wild around the UK. Even trees such as sycamores, horse chestnut and all but three of our conifers, fail to make the list: trees such as these are termed as naturalised as they are now self-seeding and grow freely in the countryside.

2 Native tree species provide an essential habitat for our indigenous wildlife. Of course that is the case but they also survive - and in many cases thrive - in naturalised and introduced species.

What about the case for including non-native species in our tree planting schemes?

1 ‘Native’ is a relative term. Every species has its ‘natural’ habitat – the area within which the particular rainfall, temperature, humidity and presence or absence of food allow it to grow and thrive. As the world’s climate has fluctuated over millennia, so too has the pattern of native species associated with a particular area and this will continue to change.

2 Native species alone cannot cope. The pace at which our climate is shifting is greater than at any time previously and it is outpacing our current native species’ ability to react and adapt. As research shows that we need to increase our canopy cover in order to help us cope (both physically and socially) with the effects of climate change, particularly in urban areas, it is unlikely that we will be able to rely solely on native species to provide that cover.

The UK is getting warmer and is likely to become comparable to areas of central and southern France. Current guidance on species or seed selection is that we should be sourcing them from areas a few degrees south of the UK, around the same latitude as Paris.

As longstanding arboricultural professionals, where do we stand? Current best silvicultural practice, underpinned by extensive research, is that we should most definitely be planting non-native tree species and finding new sources for seed provenance if we are to have a tree population that is resilient to the effects of climate change and that can deliver societal requirements. And it’s hard to argue against that.