Myth #7 Old and dying trees are not worth keeping

Ancient and veteran trees are more than logs in waiting. They are precious ecosystems, supporting a delicate balance of flora and fauna and should be treated accordingly. 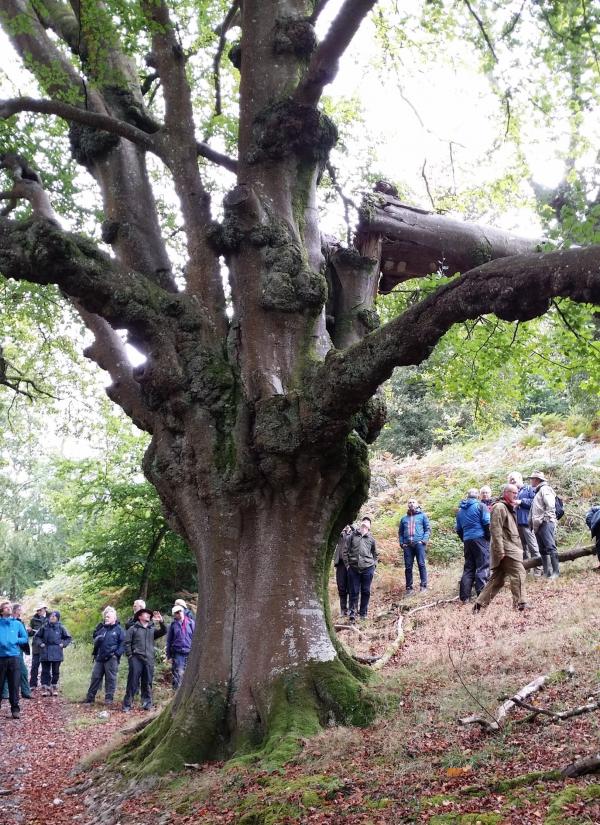 ‘That ugly old tree is nearly dead, limbs have snapped and it’s hollow – get it down, no use to anyone like that, we can have the wood for logs’ - a sentiment we often hear commonly used to justify the removal of a dead or dying tree.  Fair point, you might think, if the tree is posing a threat to the immediate area and likely to cause significant damage or harm should it fail.  However, the worn-out looking tree condemned by those opening words may be of inestimable value.

For old and decaying or damaged trees, read ancient or veteran trees.  In an arboricultural context, the term ‘ancient’ is usually based on a combination of the following criteria:

Veteran trees have the same characteristics as ancient trees but may not be as old. They may have been damaged as a result of natural occurrences or poor management – hence all ancient trees are veterans but not all veterans are ancient. Heritage trees are those specifically associated with a place or event of historic importance – The Tolpuddle Martyr’s tree in Dorset, for example - and of course some of these trees may well fall into the ancient category.

So how old does a tree have to be to make ancient status?  The general definition of an ancient is a tree that has surpassed the normal life expectancy for its species. A birch that lives to 150 years would be considered ancient; an oak would – at a minimum - be looking to hit 400 years; while the longer-lived Yew would think about reaching for the pipe and slippers at 800 years.

The ancient tree, with its sometimes stunted, warped or ragged appearance, has a value way beyond the aesthetic.  As it has matured and over-matured the tree has gained extra responsibility. While it is happily retrenching (getting smaller as its root system can no longer support further growth) it provides numerous essential habitats, as well as acting as a food source on which all sorts of creatures or fungi depend.  It is a discrete ecosystem, potentially supporting fungi, invertebrates, epiphytes, birds, mammals, amphibians and reptiles. The association between the various ‘users’ and the tree is fantastically complex. Imagine how intricate and valuable it would be if we had a lots of these in the same place - like having an ancient woodland… 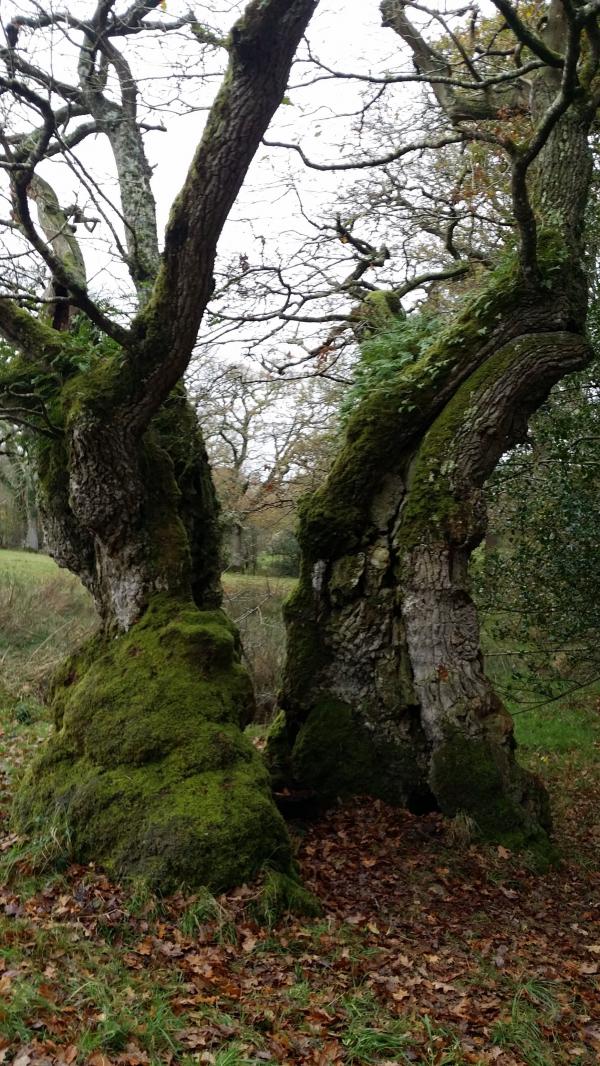 A tree of two halves: this 1,000 year-old oak has survived despite its dramatic division

How do we support them?

According to the Ancient Tree Forum (ATF), Britain has the highest number of ancient trees in northern Europe. The celebrity trees – Sherwood Forest’s Major Oak, for example – already have massive public support and patronage and are quite rightly managed to the hilt. And many notable trees around the country are protected by Tree Preservation Orders (TPOs). But what about those that fall outside of these protections – the gnarled willow at the bottom of your large garden, or the hollow oak in private woodland bordering a public space? By now you will have realised that felling is rarely the preferred option – but what, if anything, should be done to them?

The answer may well be nothing. Leave them to carry on their work as self-sustaining, complex, organic ecosystems. Let the trees do their own thing and eventually fall apart or fall over within their own space.  Monitor and photograph them for posterity. But where catastrophic failure threatens the tree’s survival, or of course anyone’s safety, intervention may be required. Work on trees of such ecological value should only be done by those with a thorough understanding of the role of ancients as habitat. A delicate balancing act is needed to maintain the tree while ensuring that what you are doing is not destabilising its associated ecosystem. It may be possible, for example, to improve the ground condition around the tree, or divert people away from it to give it a better chance of survival.

We should be looking at old trees with a view to helping them and the habitats they sustain, rather than imposing our own agenda. You may think a hollow tree is at the end of its days but the heartwood that is missing was never a living part of the tree and it can often survive happily without it. We should be able to read ancient trees, understand them, interpret the signs they are giving out and come to an informed, reasoned – and probably very long-term -  management plan. And get your logs from well-managed, sustainable sources instead.