First aid from the forest

Most of us have lost knowledge – or even awareness – of the direct medicinal benefits once associated with some of the UK’s favourite trees. 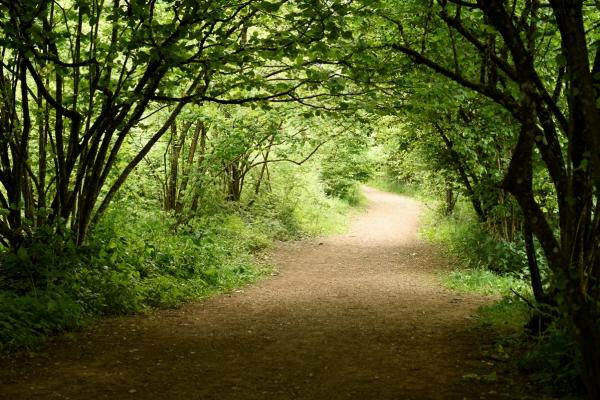 Alder (Alnus glutinosa): this tree has been used for an impressive range of purposes in folk medicine. Its dried bark was used to bathe swellings and inflammations, especially of the mouth and throat, as well as to stop bleeding; while its boiled inner bark was added to vinegar to treat lice, scabies and scabs – and to produce an early mouthwash. In powdered form, its bark and leaves were used as an internal astringent and tonic and, topically, its leaves were favoured for relieving breast engorgement in nursing mothers, and for treating various cancers including breast, pancreatic and uterine.

Ash (Fraxinus excelsior): the bark and root bark of the Ash were once used as a tea to cure fever symptoms as well as rheumatoid arthritis, and its leaf-tea was used as a diuretic, to help with weight loss, jaundice and even kidney stones. At one time, Ash tea was also the preferred treatment for viper bites - although it must be said that it was considered more effective if also consumed with wine.

Birch (Betula alba): a bit of a cure-all, Birch was once drunk as tea or applied topically as an oil to ease fluid retention and reduce the appearance of cellulite, as well as banish gout and rheumatism. Other claims include that birch leaves are a useful laxative, but they could apparently also help at the other end - as a gargle to treat mouth ulcers.

Cedar (Thuja occidentalis): now a common resident of the UK, the leaves and twigs of this North American native were once heralded for their ability to combat warts, moles, skin tags and skin cancers – and, incongruously, to induce labour.

Elder (Sambucus nigra): its berries and flowers are linked to respiratory health and the immune system, and were specifically prescribed in tincture or tea form as a cure for allergies, eczema and viruses.

Hawthorn (Crateaugus sp.): this bush’s berries, leaves and pretty white blossoms are full of anti-oxidants and flavonoids, and Hawthorn tea was considered beneficial for heart and circulation issues, in particular for the lowering of cholesterol.

Hazel (Corylus avellana): in addition to providing a rich source of protein through its nuts, Hazel was believed to be able to ward off evil spirits. More practically, its leaves were also once lauded for their ability to soothe and reduce haemorrhoids and varicose veins.

Lime (Tilia europaea): used as a tonic brew, Lime is said to have a calming effect on those with agitated nervous or digestive systems – and on children with ‘too much energy’.

Oak (Quercus robur): the dentist’s choice: Oak bark tincture was used to prevent or soothe decay and to tighten and strengthen gums and teeth – in fact white oak powder is still widely available for the same purpose. Its astringency (due to the level of tannins) was also considered valuable in the treatment of gastroenteritis.

Rowan/Mountain ash (Sorbus aucuparia): once cherished as a defence against both witches and curdled milk, Rowan was also used as a pocket charm against rheumatism.  Folk medicine used its vitamin-rich berries to treat any type of stone (kidney, bladder or bile), to boost the blood, and to combat respiratory disease, flatulence and hypertension.

Willow (Salix): Willow bark contains salicin, or salicylic acid, a precursor of Aspirin, so it has long been used as we use the modern pharmaceutical drug today – to provide temporary relief from general aches and inflammation. Its sap was also believed to cure acne and other skin issues, while boiled bark and leaves were considered the Head & Shoulders of their day (other anti-dandruff products are available).

Yew (Taxaceae): although highly toxic, the Yew was still valued as a treatment of chest and respiratory complaints, including asthma, bronchitis – and the most dreadful of them all: hiccups. While primitive medicine is easy to dismiss, modern science has found that Yew roots contain taxol, which is showing promise as an anti-cancer drug.