Hi-tech protection for ginkgo through development

Charged with managing the protection for a rare ginkgo on a town centre development, JP Associates was able to use the latest technology to assess the tree's reaction to its disturbed environment. 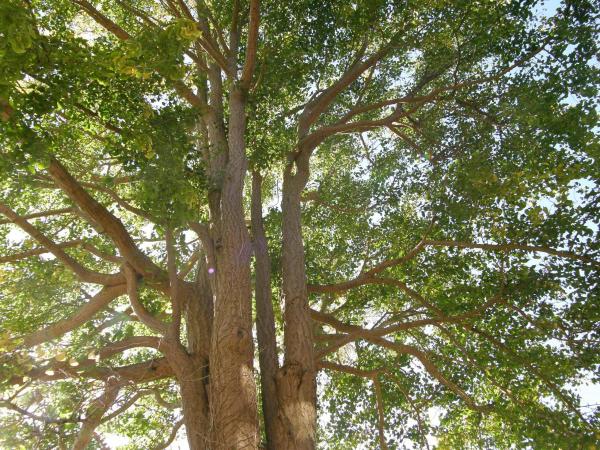 For an average-sized market town, Tiverton in Devon is host to a surprising number of specimen trees from around the world, thanks largely to its history as a gathering place for wealthy Victorians, who shared a common fascination for botany.

One such specimen growing in Tiverton is a maidenhair or ginkgo tree (Ginkgo biloba). The ginkgo is a native of China, and today is the only living species in the division Ginkgophyta. It is categorised as a living fossil, recognisably related to fossils dating from the Permian period some 270 million years ago.Traditionally, it has been valued for its (unproven) medicinal and aphrodisiacal properties and for its edible nuts and seeds. It is also the official tree of Tokyo, and it has particular symbolism for Buddhists and Confucians.

Although slow growers, ginkgos usually adapt well to urban life, tolerating pollution and confined soil spaces, and resisting disease and insects. However, they like a quiet life and do not always take kindly to disturbance in their vicinity once mature. So, when Devonshire Homes was granted permission for a development in the centre of Tiverton, around a 120-year-old ginkgo, Mid Devon District Council made it a condition of planning that a qualified arboriculturist should ensure that the tree was properly protected during the construction operation.

Devonshire Homes subsequently asked JPA to undertake and oversee the usual management and protection measures related to the visible threats that development typically poses to trees: we ensured that the ground crew were educated on the requirements for the tree's adequate care, that the appropriate barriers were in place, and even personally watered it on the hottest days.

However, our team was determined to go further, to use this as an opportunity to monitor the normally unseen effects of development on trees. We have recently acquired an Arborcheck system - a handheld system that provides calculations of the photosynthetic efficiency and vitality of an individual tree, and also measures the foliar chlorophyll concentrations of a leaf (leaf greenness). This data, when compared to that of healthy trees growing in a nursery, as logged in the extensive Nursery Benchmark Database, gives us a non-invasive way to compare how a tree in the 'real world' is faring. By taking measurements before, during and after a development, we will be able to understand far more precisely than is commonly possible through visible means just how a tree is impacted by a development.

As one of the few arboriculturists in the UK with such sophisticated field equipment, we are keen to contribute to this little understood aspect of arboriculture - watch this space as the results are analysed.