Walking the capital's streets is the best way to really appreciate the benefits of its trees and green spaces. 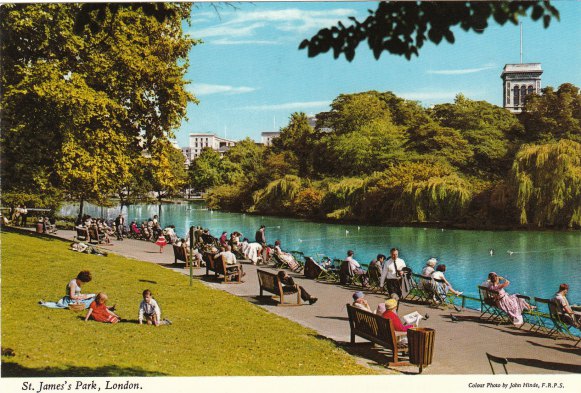 London can do funny things to your head. A recent week there had me turning away from its more urban delights, looking anew at its trees and green spaces and thinking properly about the role they perform and the benefits they bring.

There was no hugging involved but as I passed under the shade of many venerable London planes, sycamores and limes I stopped to think, looked closely, examined peeling bark (planes jettison the pollution-saturated outer layer), stared light-wards through the canopies and generally paid them some attention.

Walking down the Walworth Road just down from one of the busiest road junctions in London, I was aware that, somewhere over the back of the monumental building project that has obliterated the Heygate Estate, the Elephant & Castle Urban Forest – or most of it – still exists. Around 450 London planes were planted in the 1970s in and around the original estate in a network of little gardens to give residents some beneficial green space. In such a pollution-heavy environment it is good to know they continue quietly to perform their arboricultural heroics.

Anyone involved with tree care understands the challenges posed by planting trees in an urban environment. The logistics of placing a tree in a hard landscape in such a way as to allow it to thrive can be daunting. Sadly it is often done poorly, leaving the tree to do the best it can to cope with limited rooting area. One particular specimen near the Tower of London (OK, we did the tourist-thing) had Tarmac clumsily patched around its base, right up to the trunk, to cover where the roots had clearly pushed up paving: did somebody perhaps think that was a good idea?

Park life is, of course, different for city trees where they have space to mature without restriction. The beauty of London’s parks lies for the greater part in their trees – avenues of shade and canopies under which to mull. On the edge of the capital, Bushy Park – so close to the outpourings of Heathrow – has extraordinarily beautiful avenues of limes and chestnuts, and some remnants of what was once Henry VIII’s hunting forest.

The campaign to make London a National Park is gaining momentum (around 47 per cent of the capital is green space) and there are all kinds of local efforts around the city to boost tree numbers (http://proarbmagazine.com/campaign-for-more-street-trees/). On a national scale, the growing understanding of the importance of green infrastructure, and in particular the vital role of trees in towns and cities, is well documented: Trees and Design Action Group (TDAG), Woodland Trust and the Forestry Commission are all involved in initiatives to push trees up the political and planning agenda. But there’s nothing like walking around a city to make you appreciate its green bits.