To Nomansland and beyond

After 20 years of life in its Tiverton town centre offices, JP Associates has upped sticks and moved to, well, the sticks. So how are things shaping up?

After trading happily from our Tiverton offices to the tune of the bells of next door's St Peter's Church and the bustle of the nearby Pannier Market, Jeremy is now running the company from his home in a hamlet - yes, it really is called Nomansland - just a few miles outside town with just the occasional rumble of a passing tractor to distract from the CAD work.

So it's business as usual for this urban forestry consultant - just with rural view and no easy hop to grab another latte... We are still offering the same first-rate arboricultural services, with our trademark no-nonsense, friendly approach. Phone number, emails and website remain the same.

The question is - how will Jeremy deal with the rush-hour traffic? 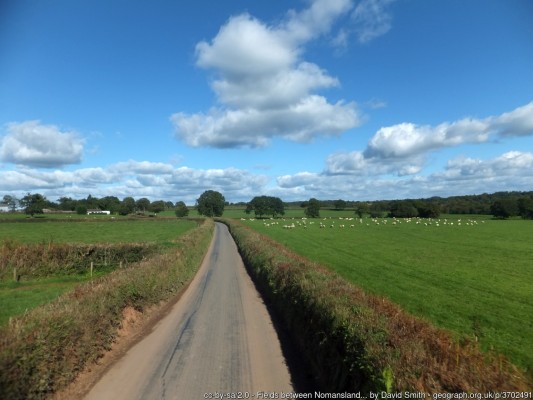 Nomansland is a hamlet in Devon, England, with a population of about 150. It is eight miles west of Tiverton along the B3137 road and is served by the No. 155 bus, which runs between Exeter and Barnstaple via Tiverton. It is so named because it was at one time a remote extra-parochial area where the Parishes of Witheridge, Thelbridge and Cruwys Morchard met. In England and Wales, an extra-parochial area, extra-parochial place or extra-parochial district was a geographically defined area considered to be outside any ecclesiastical or civil parish. Anomalies in the parochial system meant they had no church or clergymen and were therefore exempt from payment of poor or church rates and usually tithes.