The Japanese Knotweed Solutions Ltd (JKSL) seminar is always an informative - and entertaining - occasion and this year’s event at Manchester's Museum of Science and Industry was no exception. Jeremy Peirce reports on his day. 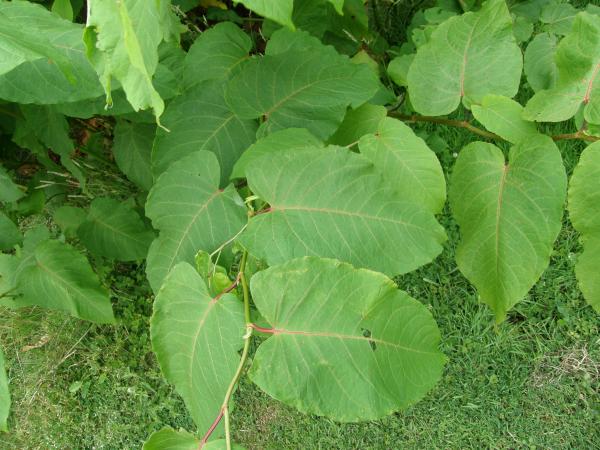 JKSL’s MD Mike Clough could, I suspect, have had a successful career in the performing arts, as he certainly knows how to create a sense of drama and occasion. The annual invasives event is always themed - last year it was ‘Victoriana Gothic’, with a ghoulish, macabre mood - and this year was no less striking with its Apocalypse Now branding. The event kicked off with some footage from Francis Ford Coppola’s famous film, setting the mood with its incredible soundtrack in a room flamboyantly dressed to match the theme.

Aside from the entertainment - which also included a surf simulator - the seminar delivered some first-rate content from speakers covering a range of topics.

Wildlife presenter Michaela Strachan talked us through some of her highlights from the BBC’s Spring and Autumn Watch programmes. Historian and Sunday Times Top Five best-selling author John Lewis-Stempel gave an excellent talk about his attempt to produce a field of wheat using only bird-friendly, traditional techniques.

We also had talks from Warren Slaney, head river keeper at the Haddon Estate in Derbyshire; Dick Shaw from CABI giving a more global view of invasive species and Ian Molyneux from the National Bee Unit who described having to deal with an Asian Hornet colony 50ft up a tree (a challenge not entirely out of place in such an 'apocalyptic' setting...)

Dick Shaw reminded me that in this country our invasive species issues appear rather trivial compared to instances in the African continent where invasive plants can force people from their established land and in to deadly conflict over competition for dwindling grazing areas.

Mark Avery, a scientist by training, a naturalist by inclination and former RSPB conservation director, drew a well-worded argument that in fact mankind is often the greatest threat to nature. He opened his talk by controversially saying that the northern grouse moors should be returned to nature by stopping the dependency on the unsustainable sporting habits of a privileged few...

We left Manchester having been informed and most definitely entertained on our travels 'up river' with Mike and his guest speakers.

Guarantee is no satisfaction

Back to invasive plants for a moment... although this wasn't covered in the JKSL seminar, the main issue that I am grappling with over the management of invasive plant species is the over-zealous requirement for providing guarantees that invasive species (such as Japanese knotweed) have been eradicated. For more information on our approach to this issue, read our full technical paper here. >>>