Forget the chocolatey confection of a bûche de Noël - the Yule log was a serious piece of wood for long-lasting midwinter warmth and ritual. 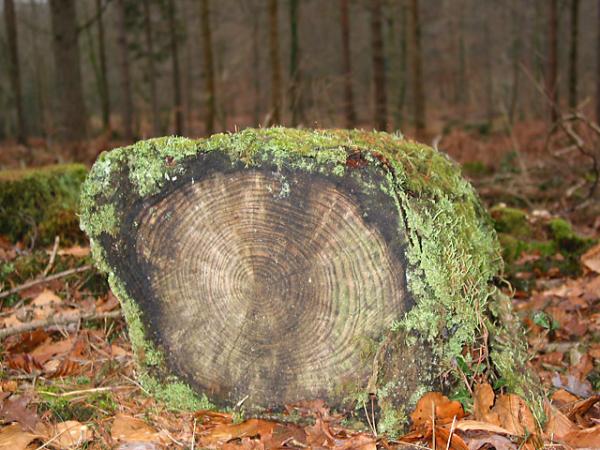 The origins of the Yule log lie in a two month-long winter Solstice festival in Scandinavia and northern Europe. It involved a repetitious burning of a log, a little like the concept behind the Olympic torch. Each year, an entire tree was brought into a house amid ceremonial music and dancing. The wide end was then placed in the hearth, lit from the remains of the previous year’s tree, and kept burning for the twelve days of Christmas.

The Yule log tradition spread throughout Europe, with each region using native trees. In England, oak was commonly used, while across the northern border the Scots used birch. The French used cherry trees, and sprinkled their logs with wine before burning, to generate a pleasant (or addictive!) bouquet.

Other regional customs evolved around the Yule log. In Provence, France, and in Holland, it was believed that any remains after Twelfth Night could protect the home against lightning. In some parts of Ireland, a candle is used instead of a log, but only lit on New Year’s Eve and Twelfth Night.

Closer to home, British coopers would traditionally donate logs that missed the quality test for barrels to customers for Yuletide.

The Cornish would dry out and de-bark what they called a 'mock' before bringing it into the house to burn for Christmas. In Devon and Somerset, the ‘log’ could comprise a large bind of Ash twigs, to represent the local legend that shepherds lit twigs to keep Joseph, Mary and Jesus warm at night. Throughout the region, it was considered bad luck to throw out the ashes on Christmas day.

Superstition that might be but, whatever your tradition, it is worth keeping the ashes of your Yule logs to sprinkle on your flower beds in spring, because the nutritious 'pot ash' can help your plants to bloom.

And, if you haven’t got a wood fire, at least you now have some interesting dinner-conversation trivia to share while devouring that tasty chocolate log.