Why a Christmas tree?

The Victorians may have popularised them but trees have been central to our winter festivals for centuries. 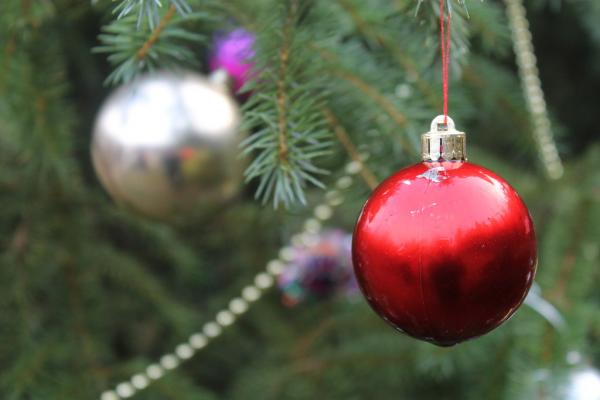 © Copyright Dave Pickersgill and licensed for reuse under this Creative Commons Licence.

This now widespread tradition may have its roots (sorry) in ancient Rome.  There, citizens would hang small slivers of metal on trees or hang evergreen wreaths on their houses, during Saturnalia, a winter festival which celebrated the god of agriculture, Saturnus (Saturn, as we now know him). The festival was characterised by feasts, speeches, presents and partying. Not much change there, then!

Alternatively, the tradition might originate from medieval ‘mystery plays’, which were presented on 24 December to mark the name day of Adam and Eve. Stage props included an evergreen ‘tree of paradise’ decorated with wafers and apples (later replaced by baubles).

Over time, these trees became used as festive ornaments in homes, and small firs were commonplace by the late 1500s along the German/French border- although typically undecorated at first.

The oldest known record of a decorated Christmas tree is in a 1605 diary from Strasburg. A tree was described as being adorned with paper roses, apples and candies.

Folklore has credited the innovation of tree lights to Martin Luther, who allegedly hung lit candles on his tree to replicate the stars in the woods at night.

While other now-European nations had similar customs, it was the Germans who really spread the tree tradition further afield.

The first Christmas trees recorded in America were from the German Moravian Church's settlement in Bethlehem, Pennsylvania in 1747 - although these ‘trees’ were actually wooden pyramids covered with evergreen branches and decorated with candles. Real trees were in use by the War of Independence, introduced by the Hessian troops (the German auxiliaries contracted by the British government), and subsequently by the German settlers in eastern Pennsylvania.

It is the German wife of ‘mad King George’, Charlotte, who is most commonly credited with bringing the first Christmas tree to the UK – and it is the German husband of Queen Victoria, Prince Albert, who is said to have embellished the tree with nuts, candies and other decorations and, with his common touch, to have popularised the tradition we all love today.