Cinnamon: a spicy tale of wealth and power

This now-common, affordable and innocuous spice was once at the centre of religious symbolism, status wars and the shaping of modern Europe. 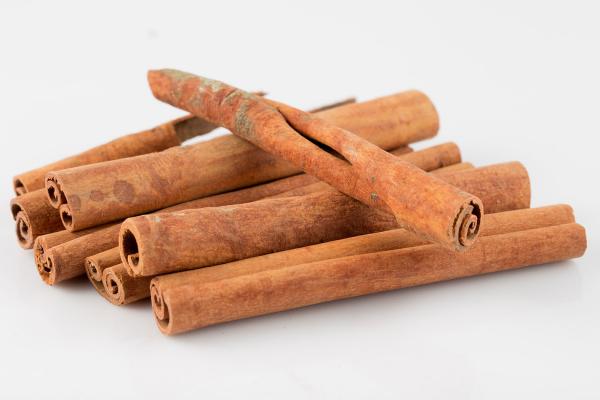 Now prized for its delicious smell and taste, cinnamon was initially hailed as a gift to gods and kings in ancient Egypt some 2000 BC, and features in Greek mythology, for example as the nesting material of the phoenix. In both civilisations, it was predominantly appreciated as an aromatic incense, and used on funeral pyres by the very wealthy. It later became a welcome flavouring agent in ceremonial drinks such as wine. Moses is also said to have used it in his holy anointing oil.

Only a few species of cinnamon have ever been harvested for consumption. The ancient Egyptians imported ‘true cinnamon’ Cinnamomum verum. However, today, most commercially produced cinnamon is from Cinnamomum cassia. The woody curls we pop into our mulled wine are the inner bark of the new growth from a coppiced tree: the outer layer is discarded and the part inside is pulled off in long rolls and left to dry naturally.

As its popularity as a food flavouring rose, it became a highly desirable commodity. By 100 BC, it was trading across the Red Sea for up to 300 denarii (ten months of a labourer’s wages) for a single Roman pound’s worth (327 grammes/11.5 oz) – according to the Roman chronicler Pliny.

To keep prices artificially high, cinnamon traders kept the source of their valuable spice hidden from Europeans throughout the Middle Ages. Crusaders and explorers alike spread rumours back in their homelands that it was fished out of the Nile, or collected by mysterious cinnamon birds for their nests. During this phase, the spice gained a reputation as a cure-all for a range of conditions from coughs and sore throats to arthritis.

It may equally be hard to believe now, but cinnamon was quite the political indicator in its day. European powers did, inevitably, gain their own sources of cinnamon over time, and those who monopolised its trade also gained political dominance of the region: first the Venetians, then the Ottomans, followed by the Portuguse then Dutch. The vying for control of this trade is a contributing factor to the development of new routes between Europe and Asia, and directly influenced the evolution of European settlements.

The Portuguese are credited with innovating cinnamon harvesting techniques when they colonised Ceylon (now Sri Lanka). When the Dutch ousted the Portuguese, this work was continued by the Dutch East India Company, which then initiated new cultivation methods. At this time, Spain was establishing rival markets for the cinnamon it harvested in the Philippines, and for a time commercial as well as political competition was heated.

The British East India Company did not become a serious player in the trade until 1767, but soon made up for lost time by quickly establishing Asia's largest cinnamon estate in Kerala, India, and then taking control of Ceylon from the Dutch in 1796.

Today, we Brits enjoy cinnamon in a far more peaceful manner – most commonly for its taste and aroma but also as a delightful Christmas decoration.