What is the latest thinking on valuing urban trees? What about the critical state of our soil, and what is the role of a Design Review Panel? We catch up with Jeremy Peirce on his latest professional development.

'No choice but to value trees at nothing...'

There are many schools of thought on how and why we value the benefits of trees and other green infrastructure (GI) in our towns and cities. A one-day workshop organised by the Trees and Design Action Group (TDAG), Royal Town Planning Institute (RTPI) and the Birmingham Institute of Forest Research (BIFoR), brought key players together to discuss valuation methods and how best to use natural capital data to influence policy.

JPA's Jeremy has been involved with TDAG South West for several years and has worked with town planners on assessing how trees are considered in the planning process so this was a fantastic opportunity to hear the latest thinking. Speakers included Alister Scott, Professor of Environmental Geography at Northumbria University and a chartered town planner, who talked about green infrastructure and the National Planning Policy Framework. 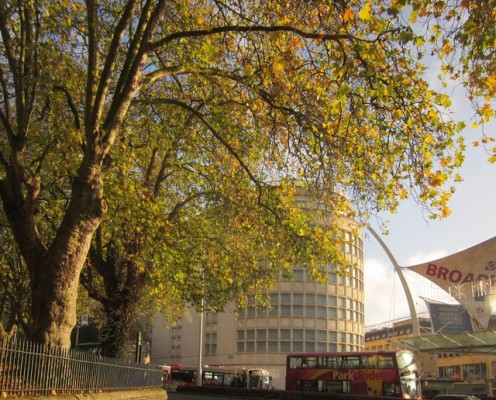 Delegates also heard from pioneers of valuation systems, including Capital Asset Valuation Tool for Amenity Trees (CAVAT) co-developer Chris Neilan, as well as academics, economists and arb professionals. Social enterprise Treeconomics founder, Kenton Rogers, talked about the importance of placing a value on urban trees: 'If we do not value our trees, then developers and asset managers have no choice but to value them at nothing.'

A key message throughout was the disconnect between strategic thinking and the development of government policy, and what is happening on the ground as we develop our towns and cities. Fellow arb professional and speaker, Jeremy Barrell, called for all LPAs 'to have a tree strategy because half of them don't at the moment'.

The state of Devon’s woodlands

Natural Devon and Woodland Trust invited Jeremy to join other tree professionals in Fingle Woods, Dartmoor, to discuss the state of Devon’s woodlands, with the objective of feeding expert views back to the Devon Local Nature Partnership (DLNP). Jeremy has been closely associated with Natural Devon and co-chairs its Devon Invasive Species Initiative (DISI).

Attendees included some of the county’s leading woodland and forestry managers and arboriculturists, local authority and Natural England officers and forest/timber industry representatives.

Following a workshop, attendees were given a tour of a section of the ancient woods. This 825-acre woodland once comprised native broadleaf trees, but was widely replanted with conifers in the 1930s and subsequently used as an unmanaged wooded setting for sporting shoots – with far-reaching implications for the local ecosystem.

The woods are home to an Iron Age Fort classified as a Scheduled Ancient Monument which requires sensitive management and the use of horses, rather than heavy machinery, to move timber. 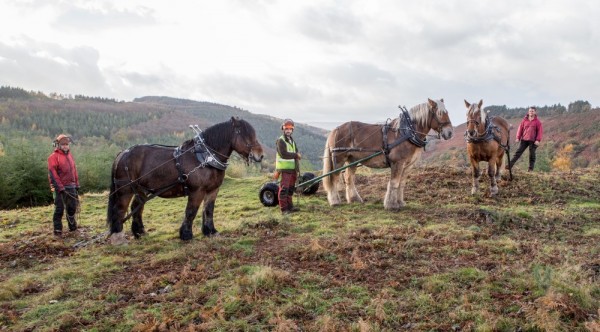 Five years ago Fingle Woods gained new joint owners, the Woodland Trust and National Trust, who embarked on an ambitious restoration. It will take some years before it is returned to its former glory but it was heartening to see how well, and how quickly, the woodland - along with the flora and fauna it supports - are responding to a comprehensive and sensitive new management plan. They provide hope and inspiration for the rest of the county’s woodlands.

Toil for our soil

The Arboricultural Association returned to the University of Exeter for its 52nd National Amenity Conference. This year, the focus was on soil.

Recent breakthroughs in science have amplified the significance of soils for the welfare of woodlands, and the issue is finally gaining mainstream recognition. So it was timely that the Association collaborated with the Sustainable Soils Alliance (SSA) on this year’s event. In all, some 34 renowned speakers gave thought-provoking presentations that in some way touched on the topic. As an early proponent of the need for the sector to take soil more seriously, JPA's Jeremy has been invited by the Association to review the 2018 conference in his own, inimitable way. Look out for it in the next issue of the Association’s magazine.

Taunton (Somerset) has become the first town in the South West to be awarded garden town status, as part of the government’s new drive to expedite the provision of housing while encouraging sustainable, quality development that protects the UK’s vital green corridors and links to the wider countryside. 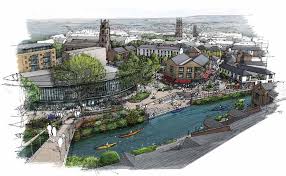 As the district and county councils prepare the Garden Town Plan for Taunton they will seek feedback from a Design Review Panel. Use of independent and specialist design review bodies to comment on development proposals (or LPA policies) is growing and is often seen as an essential part of any large project. In light of this, Jeremy attended a Design Review Panel CPD day, comprising a series of informative seminars including one from Tim Burton, Taunton Deane Borough Council’s assistant director of planning and environment.