Soil: nature and nurture for trees 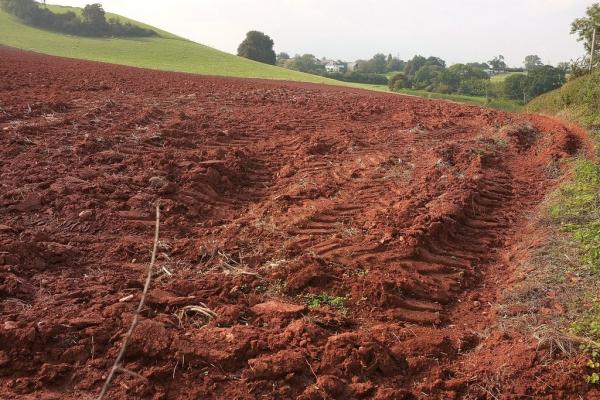 Soil condition has been gradually moving up the global environmental agenda. The UK Soil Observatory (UKSO) lists 18 organisations dedicated to research in the field, this month sees the Third World Conference of World Association of Soil and Water Conservation, and World Soil Day is 5 December 2016 - declared by The International Union of Soil Sciences (IUSS) in recognition of ‘the importance of soil as a critical component of the natural system and as a vital contributor to human wellbeing’.

However, given the clear and vital link between the condition and management of soil and the trees which grow in them, it is surprising how often soil is still side-lined in the world of arboriculture. With his roots (excuse the pun) in agriculture, and now as a consultant in land and invasive species management as well as arboriculture, JPA's founder Jeremy Peirce has long had a keen interest in soil’s contribution to tree health and ‘green issues’. Therefore, he was delighted to attend The Arboricultural Association’s Introduction to Soils seminar last month to refresh his knowledge and understanding.

We asked him to sum up his experience of the event and his subsequent thoughts on the subject of soil.

Jeremy said: 'It’s never a bad thing for a consultant to re-visit fundamental processes that underpin their work, and the AA seminar proved both informative and stimulating. It was based around a detailed, extensive and rather brilliant presentation by Dr Andy Moffat, an environmental applied scientist (who certainly knows his soils), that was interspersed with plenty of interesting discussion from the delegates.

'Essentially - and here is the bit where I try and sum up my understanding of soils - soil is derived from the native geology that is affected by natural processes and enriched with organic matter. Each soil profile is divided into different layers or horizons (Ref: SoilHorizonsPDF).

'As the different horizons cover different functions, a healthy soil will need these different layers. In "normal" conditions the vast majority of roots are in the top layer of the soil where there is available oxygen and nutrients (although nutrients can be available in almost any soil) (Ref: DifferentRootSystemsPDF).

'Soil is classified according to the percentage of its constituent particles (Ref: SoilClassificationPDF). BS 3882: 2015 gives a topsoil specification (Ref: TopsoilSpecificationPDF) that details the optimum range for healthy soils. Soils can also be manufactured where the existing soil is particularly poor.

'The problem for an urbanising world is, of course, that soil condition is often far from optimal by the time new gardens, open spaces and tree avenues are completed. On-site soil management will be increasingly critical for sustainable development and is something that I am particularly interested in, so it will be an area that I will raise with both my developer clients and through my role with the Trees and Development Action Group (TDAG).

'TDAG is leading the way in trying to promote better collaboration in the planning, design, construction and management of our urban infrastructure and spaces – and soil quite clearly has a crucial part to play in this mission, as well as through our own work as arboriculturists advising developers.'

Thank you to Dr Andy Moffat (and his presentation’s contributors) who has kindly permitted us to post some of his 250 slides here.