Drawing up a long-term arboricultural management plan for an historical site at Thornbury just north of Bristol entailed close collaboration with various agencies including English Heritage and the local Wildlife Trust. 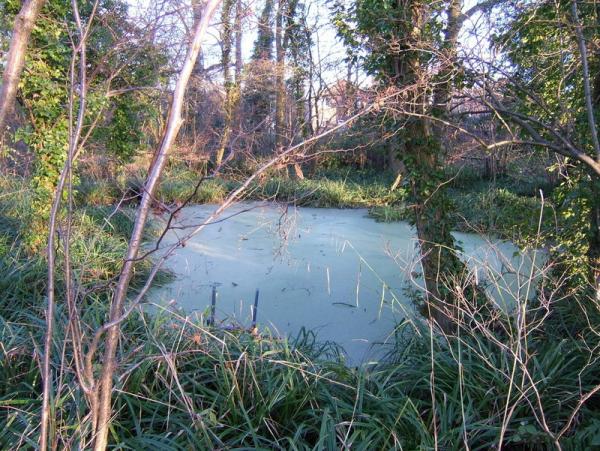 When David Wilson Homes (DWH) purchased land for development that was once part of the medieval estate of Thornbury Castle, it acquired an interesting challenge: a series of at least eight interconnected fishponds that were likely used to breed tench, bream and pike for the tables of second and third Dukes of Buckingham, and even the honeymooning King Henry VIII and Anne Boleyn.

Although defunct for more than a century, the ponds are considered to be of national archaeological, cultural and natural significance and are now protected by a Scheduled Ancient Monument listing and open to the public via a series of footpaths.

As part of its planning consent, DWH agreed to manage the site, making it safer and more easily accessible to the public while preserving this valuable slice of history.

To help it do this, it engaged a number of agencies - including JP Associates, Cotswold Archaeology and MD Ecology – to work with English Heritage, Avon Wildlife Trust and South Gloucestershire District Council to develop a sensitive yet effective strategy for the site.

For JPA’s part, we conducted an in-depth, qualitative survey of all the trees and vegetation around the ponds. We assessed the relative significance of the older plants, the risk posed to the public by the larger trees, the impact that the planned construction of additional footpaths and interpretation panels might have on the ancient trees, and the potential damage that various root systems could do to the historical ponds and associated archaeological assets if unchecked.

In close consultation with the other agencies, we then weighed up all these factors and drew up a long-term arboricultural management schedule for the site with recommended dates, timescales and specific locations for each activity. This included, for example, a hazel coppicing rotation and removal of mature and regenerating non-natives such as sycamore. These activities will address public liability and accessibility concerns, while allowing more light back into the woodlands which will, in turn, help the site recover some of its original ecological diversity.

The plan also includes remedial surgery to promote the long-term survival of the prized mature oaks and field maples.

It was no mean feat to balance the competing demands of public access vs public safety, educational and research potential vs the conservation of the ponds, or the protection of the trees vs the restoration of traditional biodiversity. However, the resulting plan is testament to the expertise, collaborative commitment and diplomatic skills by all parties involved.

We think we’d have impressed even Henry. Or at least avoided a beheading.