About the Forum Project 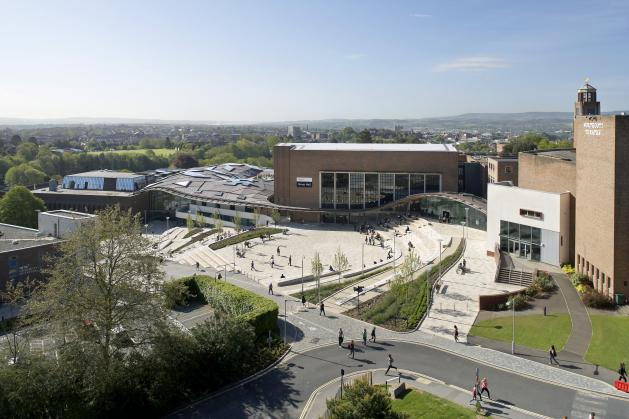 The University of Exeter’s star is rising rapidly: it was named ‘University of the Year 2012/13' by The Sunday Times and ranked 148th in the Times Higher Education's ‘World University Rankings 2013/14’. In part, these accolades reflect the University’s vision of developing a world-class facility which, in 2009, saw it embark on a 10-year, £300 million capital development programme.

The most ambitious goal within this programme was the creation of a new heart for the main Streatham Campus. This spawned a £48 million project to build ‘The Forum’, a striking centrepiece for the University which was to comprise a mix of indoor and outdoor spaces where people would enter, meet, debate, study, shop and eat – as well as be inspired and impressed.

The architectural plans were indeed impressive. The development was – ultimately - to involve the removal of 4.5 Olympic swimming pools’ worth of soil and 2409 m3 of poured concrete. However, before the project could commence, there were a number of challenges to overcome including concerns relating to the University’s substantial arboricultural assets.

The Streatham Campus is a registered and internationally feted Botanic Garden with plantings dating back to the 19th Century and some extremely rare species from around the world.

Iain Park, the University’s Director of Grounds, said, ‘Many of the plants here pre-date the University and have international significance. This has garnered the University numerous awards and worldwide recognition. Moreover, our stunning garden campus is a Unique Selling Point for students and staff, and makes an important contribution to our local community. For all these reasons, we take our duty to preserve and build on this legacy very seriously.’

Of particular concern, the route initially proposed for the access road to The Forum would have impacted the University’s Azara collection. Streatham Campus has all 12 known species of Azara in growth, and has, accordingly, been granted Plant Heritage’s prestigious National Plant Collection status. Critically, one of the certified specimens of Azara would have been destroyed if the original plans had proceeded.

In addition, the proposed route ran through the location of palms gifted to the University by The Jewish and Israeli Society in the 1960s. Their diplomatic significance warranted special consideration within the development plans.

‘This wasn’t something we could do in-house,’ explained Mr Park. ‘As respected external experts with a common-sense approach, JPA played a vital role in helping all parties to understand and balance the various demands on the site, and in finding pragmatic solutions that were acceptable to everyone.’

As part of this process, JPA undertook an extensive and complex survey that identified, mapped and evaluated all the trees, shrubs and herbaceous plants in or near the proposed development zone. It noted where plants of significance would be damaged or destroyed by the development - either directly or by proximity to construction works, or in future by anticipated traffic.

Win-win for Botanic Garden and developers

As a result of the detailed information JPA provided, it was agreed to divert the access road to minimise impact on particularly significant specimens such as the certified Azara. It was also agreed that a more expensive but lower impact ‘no dig’ construction technique should be used for the road, and that more robust protection for vulnerable plants was needed during construction. 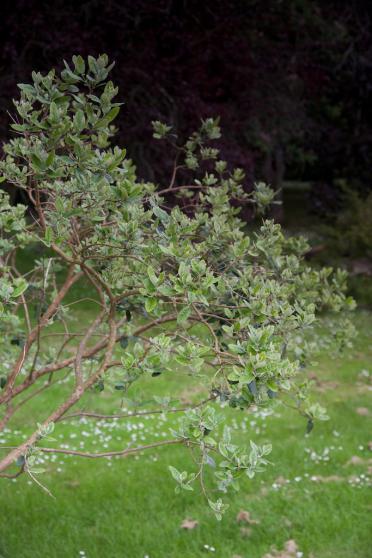 In addition, a hydraulic tree spade was commissioned to safely transplant the donated palms away from the development site. As a bonus, the University was able to use this tool to also relocate other prized mature trees that would otherwise have been lost to the development.

Where stock was unavoidably affected by the development, it was replaced on a ratio of 3:1. This enabled the University to further enhance its Botanic Garden and introduce even more educational opportunities, for example with a new wetland habitat.

Further, JP Associates’ survey findings were fed to The Forum landscape designers so that their plans could take into account the legacy plants’ requirements. This also enabled the Director of Grounds to influence the landscape scheme to ensure it met the University’s other environmental objectives such as diversity, safety and all-year colour.

The end result was the construction of a widely-acclaimed centrepiece for the University with minimum long-term impact on plants with botanical, cultural, historical and community significance.

Moreover, the University not only protected its prized National Collection and Botanic Garden status but was able to secure external investment for additional botanical projects.

Mr Park concluded, ‘It was a win-win for all parties. Combined, The Forum and its setting now deliver a truly world-class facility that is fitting for the University’s standing in the education and research community.’