When planning an ambitious mixed-use development, Taylor Wimpey appointed JP Associates as its primary aboricultural adviser to help it make best use of the site’s trees and to allay community fears. 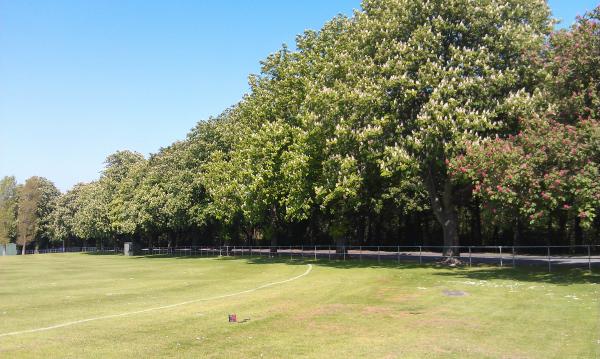 Somerdale is a new, 228-acre, mixed-use development on the edge of the medieval town of Keynsham, mid-way between Bristol and Bath and adjacent to the River Avon.

Expected to take 10 years to complete, it will eventually comprise 700 homes in four distinct zones, as well as educational, employment, leisure and social facilities - all in a desirable, leafy setting.

The development site is on the grounds of a chocolate factory which closed in 2010. For nearly a century, the former owners (Fry’s and subsequently Cadbury's) had been much-beloved employers and social benefactors, and their departure was felt keenly by the community.

In particular, the owners had been early supporters of the ‘work-life balance’ concept, providing leisure and sporting spaces for workers and their families. Consequently, the factory grounds were park-like with a large number of mature trees which the locals were understandably determined to protect.

In order to gain planning consent, TWB needed to demonstrate that it would build on the Fry family’s legacy of corporate responsibility and green principles.

In response, TWB proposed a ‘garden neighbourhood’. This applied the design ethos and planning principles of the garden city movement which promotes the integration of residential, social, leisure and employment spaces in a green setting.

The resulting Somerdale scheme incorporates affordable as well as luxury family homes, plus a £6.8 million investment in community facilities and infrastructure. These include a medical centre, care home, primary school, nursery, riverside café and shops, plus an extensive network of cycleways and footpaths. Importantly, the developers will also rebuild and enhance the iconic Fry Club, the social and sports club integral to the community for many years.

The site’s mature trees were considered vital to the successful delivery of this scheme. In particular, the Local Authority and community were determined to retain and protect a long avenue of handsome horse chestnuts. 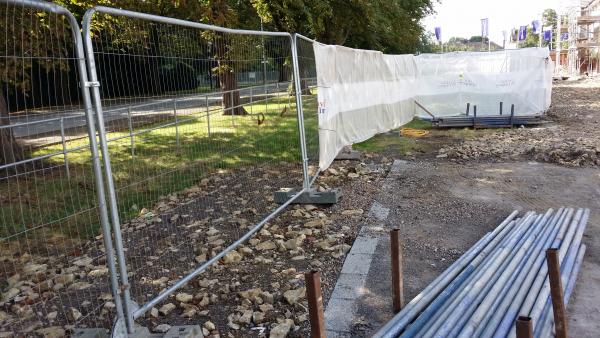 To ensure the most is made of Somerdale’s arboricultural assets TWB appointed JP Associates (JPA) as the arboricultural adviser to its extensive design team, led by planning consultancy Barton Willmore. JPA’s role includes providing expert opinion on a wide range of issues and activities that might impact the site’s trees, from urban design and engineering to contamination, drainage and archaeology.

JPA is also tasked with mapping, assessing and overseeing management of the site’s existing tree stock throughout the planning and development process. For this, the company commenced with an initial site and stock assessment and BS 5837 survey. It advised which trees offer amenity and other value, and recommended protective or clearance measures accordingly.

Where JPA recommended retention of trees, it ensured that they would be adequately protected during the construction process.

The ambition and complexity of the Somerdale scheme meant this would not always be straightforward.  By attempting to provide spacious accommodation and so many non-residential ‘neighbourhood’ facilities, the proposed buildings and roads at times encroached on the traditionally accepted no-build zones of mature trees.

However, drawing on two decades of experience, JPA was able to negotiate a practical compromise acceptable to all parties. For example, where an access road was positioned close to the chestnut avenue, it secured the developer’s commitment to use low-impact no-dig construction methods, ensuring that the treasured trees were fully protected while enabling the developers to realise their plans.

As well as working with the planning and design teams, JP Associates also managed tree surgeons Hi-Line in the clearance of some low-value scrub.

Further, JPA’s expertise was called on to reassure the planners about the soundness of the developers’ proposals.

Adrian Slade, TWB’s Project Director said, ‘JP Associates is great to work with. They’re developer-friendly with a sound commercial awareness and they don’t save low quality trees at all costs. But they do make sure we protect what is worth retaining – whether for inherent, community or amenity value.

‘They have the utmost integrity. Everyone in our team, the planners’ team and the community, respect them. This means that we can all defer to their knowledge when there’s a difference of opinion – as there inevitably is on a project of this scale.’

The outcome of this balanced approach is that Somerdale has gained the support of the incumbent community, and is gaining admiration further afield as a modern iteration of garden city principles.