About the Birks Grange Village Project

When the University of Exeter was planning a new student village, it asked JP Associates' arboriculturists to help it protect both rare tree specimens and its neighbours' privacy. 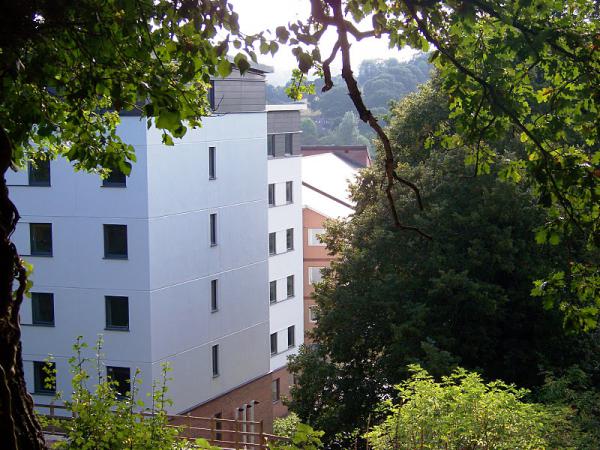 In response to a growing global reputation and popularity, in 2009 the University of Exeter embarked on a 10-year capital development programme. This was to include the construction of Birks Grange Village, a new student community comprising 360 residential units and various amenities such as a reception, shop, laundry, dining hall and other social areas.

The site posed a number of challenges. Not only is it adjacent to a population of protected badgers at Birks Bank; it flanks a private residential area and ­ the elevation of the proposed buildings impacted its neighbours’ privacy.

The site is also next to Birks Pinetum, a section of the University’s Botanic Garden that comprises some exceptionally rare species.

More than a survey

Iain Park, the University’s Director of Grounds, explained, ‘While being committed to enhancing its facilities, the University takes its duty towards both the local community and its botanical legacy equally seriously.

‘To help all the interested parties find an acceptable way forwards, it was clear we would need more than the standard BS 5837 survey to assess the role of trees in this development. We needed the input of an impartial expert who could help the University executive, the Grounds team, the Local Planning Authority, the developers and the residents hold productive negotiations.’

Arboricultural consultancy JP Associates, which has assisted with some 30 development projects on the University’s estate, was once again called in as a trusted advisor.

Its consultants worked closely with both the developers and the University’s Grounds team to plot and assess the condition and value of all the existing trees on the proposed site.

The company then undertook a more detailed survey of the trees within the bounds of the Pinetum. This involved recommending the measures required to protect significant specimens, and securing agreement from the developers for this provision.

Meanwhile, a combined Grounds and development team went to great lengths to engage with the local community. It even sent surveyors into affected neighbours’ bathrooms to help pinpoint where new trees should be planted to optimise privacy.

Then, at an open community forum, JP Associates explained in layman’s terms to all the stakeholders which trees it believed should be retained, and why and how they should be protected through the development process. It also made recommendations on the species, size and care of new trees for the Village, to provide appropriate privacy, shade and aesthetic enhancements.

Having established a reputation for straight talking and common sense, JP Associates was subsequently asked to mediate discussions about some of the more esoteric development suggestions, such as a cycle way or ski lift on the pathway between Birks Arboretum and Clydesdale Avenue.

Success for trees and people

Mr Park said, ‘JP Associates helped us to formulate a final plan that all the stakeholders were happy with. Its consultants are as astute in their assessment of people as they are of trees, and they instinctively knew how to help us all resolve the conflicting demands.

'They did it, quite simply, by putting the trees first: they clearly articulated the value of various trees, helped the various parties to understand each others’ perspectives in relation to those trees and provided logical, workable options for those trees. In doing so, they converted the trees from the problem to the solution and got everyone’s support.’ 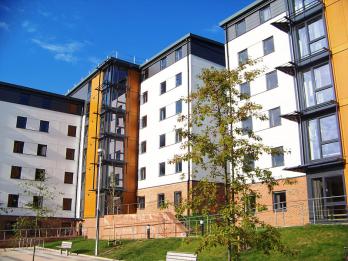 As a result, the University achieved an attractive new residential facility that is enhanced by the Pinetum and new plantings alike. In the process, it preserved its valuable Pinetum and its Botanic Gardens status, as well as its record of good community relations.

‘JP Associates impressed us because they went the extra mile to anticipate and address the arboricultural issues of this development. That ensured the project was one of the smoothest I’ve ever been involved with,’ remarked Mr Park.

JP Associates impressed us by going the extra mile

Thanks to JP Associates, this was one of the smoothest projects I’ve ever been involved with